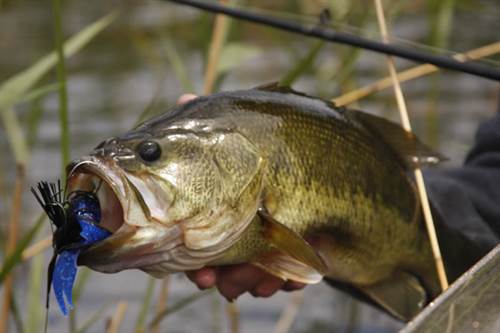 The are a thousand and one ways to fish for bass with an endless amount of fishing gear and lures.

However there are some fundamental bass fishing techniques that every angler should master whether you are a tournament pro or just starting out as a beginner.

Although you can get by with one bass fishing rod and reel setup and do just fine as a beginner.

Once you start to really get obsessed you will need to start thinking about expanding not only your gear but also the number of different types of bass techniques that you can employ on any given day.

Below we have listed what we feel to be the best bass fishing tips and techniques that you should take time to master.

Although they won't cover every single situation you should be covered for the majority of seasons and light conditions that you are likely to encounter.

We've put spinnerbaits top of the list purely because they are one of the most reliable bass lures that you can have in your tackle box.

Once you learn how to fish them effectively you really can rely on them to produce fish practically year round.

It must be noted that spinnerbaits are usually a single hook lure and as such you do tend to get less hook ups than with say a crankbait or inline spinner.

With single hook lures you need to have a pretty quick strike. That's why I prefer to use braid when running spinnerbaits as there is significantly less stretch in it than monofilament.

Although they are some of the oddest looking freshwater lures with their large skirt and flashy blades bass really seem to love em!

You can fish them at almost any depth throughout the water column.

When fished on topwater they you can run them just under the surface to create a big wake from the blades.

A mid-depth you can vary your retrieval speed which in turn will vary the vibration and flash from the spinning blade.

Topwater fishing is probably the most exciting technique for bass as you either get to see that large mouth open up wide to engulf your lure or have a big lunker come from right underneath and smash it hard on the way upwards.

Either way it's pretty exciting.

There are lots of different topwater lures such as:

Although all of the above vary widely in how the look the one thing they have in common is that they create some kind of wake, splash or noise on the surface of the water.

As the name suggest they are fished on or just below the surface of the water.

Bass absolutely love some kind of splash, vibration or noise especially at the surface and it really brings out the predatory instinct in them.

Pitching just like flipping described below is a casting technique that is used for close in work where you need to male pin point accurate casts whilst being a quiet and stealthy as possible.

Release the spool as you would for casting. Thumb down on it to stop any line running out. Now hold you lure and pull back to add some bend into the rod tip.

Release the lure and swing your rod tip in the direction you want to cast whilst simultaneously letting the spool run free.

It takes a little practice but once mastered it feels quite natural.

This can be done on a spinning combo for bass also but instead on thumbing the spool you open the bail arm and use your index finger to grip the line against the rod with your rod hand and use the other hand to pull the lure back.

This works extremely well when you are ultralight fishing for bass and using very small finesse lures up close, flipping of course works just the same with light lures.

Flipping involves pull out at decent amount of line say around 10 feet. Then reel spool should be closed.

You then grab the line between the reel and first eye of your rod and pull out several feet to the side.

You then tip the rod backwards to you and once the lure comes back towards you swing it forwards towards the bass whilst also letting go of the line.

The timing takes a little bit of getting used to.

Crankbaits allow you to cover a huge amount of water whether that's casting to cover all of the available structures within range or by quite simply trolling along at a specific speed.

For most bass fishermen however they will go done the casting route and will usual look to work their crankbaits along some kind of drop off or other underwater structure including the outside edge of a weed bed.

A drop shot rig get it's name from how the worm or other bait is rigger above the weight or lead shot.

The rig basically allows for whatever bait you are using to be suspended above the weight.

The weight is then bounced along the bottom by reeling in and then allowing it to fall giving a somewhat natural movement to the bait.

Personally I prefer to use a bass spinning rod when using a drop shot rig as it gives you a little more sensitivity.

Paired with the right spinning reel for bass fishing you should get more delicate casts than on a baitcaster setup.

Jerkbaits get the bulk of their swimming action by twitching or jerking the rod tip in small quick movements.

The main aim is to imitate an injured bait fish. Bass love an easy meal and small injured fish is just too inviting to them.

Although primarily a topwater lure you can actually use a crankbait in a similar fashion as the dive lip on the crankbait will force it to dive several feet as it moves.